Former Apple CEO Michael Spindler was born in Berlin, Germany, and he held a B.S. degree in electrical engineering from RFH in Cologne, Germany. In 1980, he joined Apple as European Manager based in Paris, France. In 1985, he took responsibility for Apple’s International business based in Cupertino, CA. Michael Spindler became President & COO in 1990 and President & CEO in 1993.

Former Apple CEO Michael Spindler preferred to keep a low profile. As he stated: “I don’t believe in this star-mania stuff. I’m too much of a believer in teams to worry about becoming a star.” 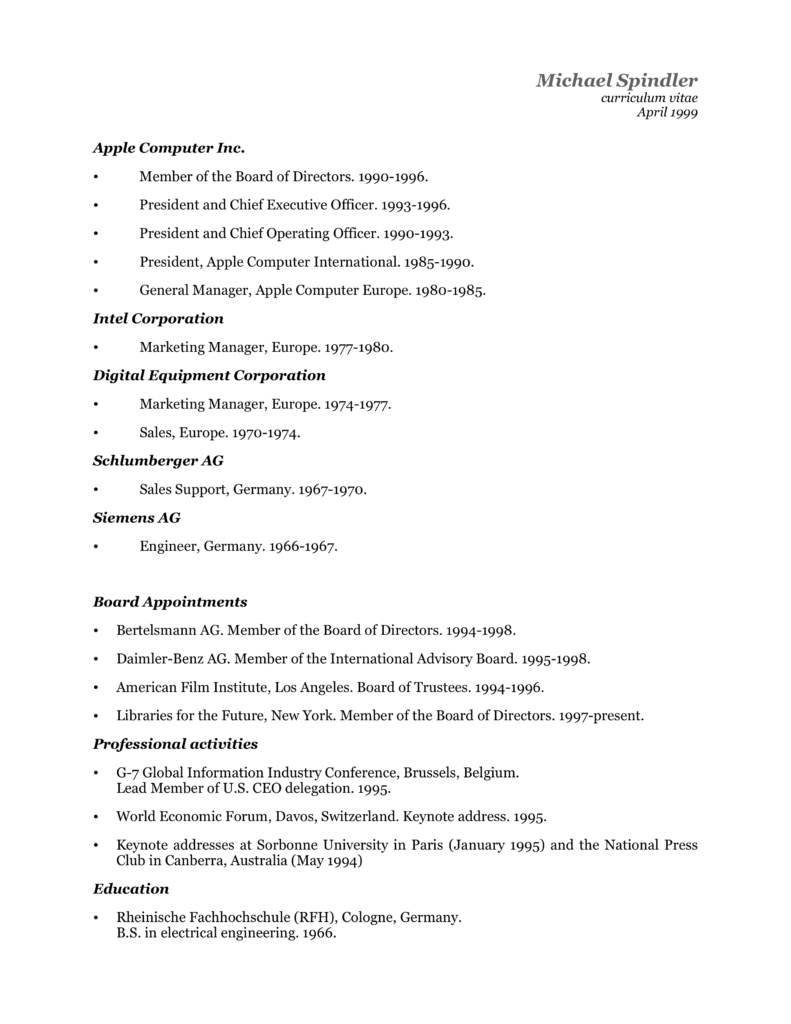 We offer free cookies 🍪 This website uses tracking technologies to provide you with the best experience, and your use constitutes your acceptance. Please refer to the disclaimer and the privacy policy for more information.Cookies!Decline